I normally don't have problems sleeping, but early this morning I knew something was up and jumped online. As I skimmed a friends wall I ran across the following article http://www.projectgulfimpact.org/2010/11/25/breaking-bp-oil-spill-incident-commander-dies-in-small-plane-crash/

Instantly I knew there was more to this story and decided to dig deeper. I checked with a regular news source outside of the AP/Reuters links. When I ran across the following information in a simple search for "plane crash" http://blogs.wsj.com/law/2010/11/24/prominent-conservative-litigator-dies-in-plane-crash/

But wait a minute. These are "two" different men in a "small plane crash" in /near Florida, yet neither article was mentioning the other "prominent figure" Jim Black the BP Oil Spill Incident Commander and the other being Gregory Coleman, former Texas solicitor general and prominent litigator for conservative causes, why?

Then comes this article, now notice it doesn't say Texas, it says Austin and "nation" Wait a minute... Nation? "Austin’s legal community is mourning the loss of a stand-out attorney who left his mark around the state and nation". http://www.kvue.com/home/Prominent-Austin-Attorney-dies-in-Plane-Crash-110501779.html But again, no mention of the high level BP Representative in the plane.

Finally at 10:09 am WEAR tv reports the story connecting all three names to the same crash... except this time they added a typo which would make it hard for the article to return in a search for "BP" note~ The dash between the B and P ? Very interesting... "Black was a B-P Incident Commander, responsible for the cleanup effort in the entire Gulf Coast region." http://www.weartv.com/newsroom/top_stories/videos/wear_vid_12323.shtml

I'm sure the reason it's taken so long to hear the story is because these "controlled" reporters were waiting on their marching orders. As usual the independents have beaten them to the punch again.

I don' know about you folks but the "true" story didn't find me, I had to go find it. We must pay attention, become more aware, and be ahead of their game plan to cover it all up.
Posted by K. Moore at 10:32 AM 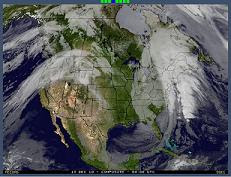 Who Needs The Weatherman? Just Click On The Map Above.

Americans Can Handle The Truth @ press.li 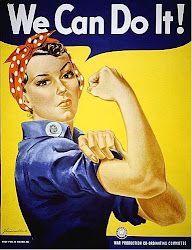 We The People... Not You Behind The Curtain